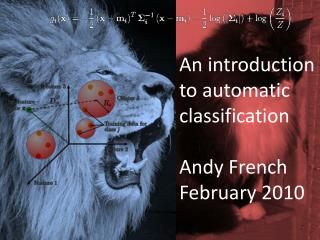 An introduction to automatic classification Andy French February 2010. Target recognition “at a glance” In Defense of Nearest-Neighbor Based Image Classification - Outline. introduction. what degrades nn-image

French History in Florida - . founding of fort caroline. by consulate general of france in miami. 1562. seeking the right

Andy Warhol: Fame and Misfortune on view February 1–May 20, 2012 - . (re)imagining history through the lens of an