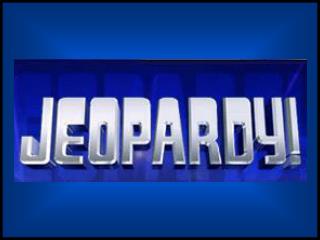 Final Jeopardy. Phylogeny. Final Jeopardy. What are Bacteria, Archaea and Eucarya. The three main categories on the phylogenetic tree of life. $200. What is Supernaturalism?. This idea holds that “God” created Life. $400. What is Vitalism?. Final Jeopardy - . 100. the battle of trenton took place in which state?. new jersey. 200. which tactic did the colonist

FINAL JEOPARDY - . 100 points question: these people were the first wave of africans brought to spain and portugal they

Final Jeopardy - . what is considered the first step in the scientific method?. asking a question!. back. what is a

Final Jeopardy! - . the only 100% effective protection against sti’s. what hiv stands for. other than abstinence, this

final jeopardy - . may 2007. carpentry 200 stationary piece of equipment used to rip a piece of plywood. click to check