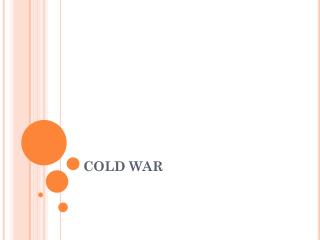 Cold War - . part 1. review start up work. how was europe after wwii? why did no one want to have another world war? why

Cold War - . usa vs ussr. what does this picture mean?. cold war vocabulary. satellite - a country ruled by another