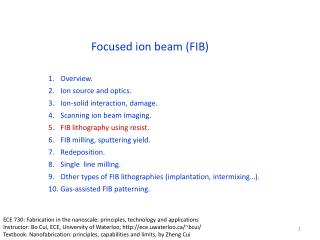 TEM specimen preparation- Using a Focused Ion Beam - . the alloy microstructure is shown alongside. it has a two-phase