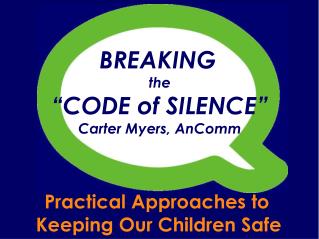 Mock Code - . by: angelique johnson, m.d. mock code. paramedics call with an 8 month old 10 minutes from your er with a

Random Terms – Tell me something about… (Colonial Era until Carter) - . by m.a. rivera. colonial era. christopher

Myers-Briggs Test Online do on their own - . http://www.humanmetrics.com/cgi-win/jtypes2.asp. personality. a person’s

fusion of stuff - . crated by carter voices, sound effects by carter and sandy hasn’t done better than this. note: all

Howard Carter and Lord Carnarvon - . the finding of king tut’s tomb. howard carter. first an artist then became an

The Code on SANITATION of the Philippines - . presidential decree no. 856 code on sanitation. dec 23, 1975 promulgation

WELCOME! Total Instructional Alignment (TIA) (Based on the work of Lisa Carter) - . diamond reflection i came

Signing Out Loud: Working with the Deaf Community - . breaking the silence about violence in a quiet culture. presented

Coding Techniques - . code complete + extras. layout of source code. good layout affects how easy it is to understand the