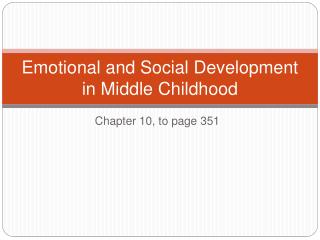 Development in Middle Childhood - . memory strategies. rehearsal-repeating information to oneself over and over again

Emotional and social development - . from ages 1-3. 18 months. become self centered self-centered- they think about