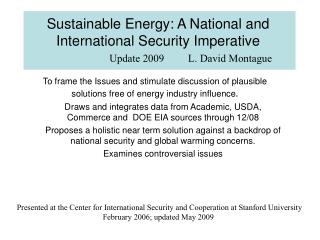 Environmental Issues in Africa - . the problems. africans face many different types of environmental issues. some of them

COMPANION ANIMAL ISSUES IN IOWA: A TOWN-MEETING - . the issues. lack of coordination among animal-welfare advocates