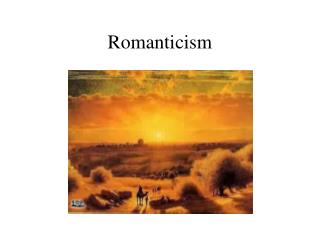 Romanticism. Romanticism. At the end of the eighteenth century, the intellectual movement known as romanticism emerged in reaction to Enlightenment ideas. The Enlightenment had stressed reason for discovering truth. The romantics emphasized feelings and imagination as sources of knowing.