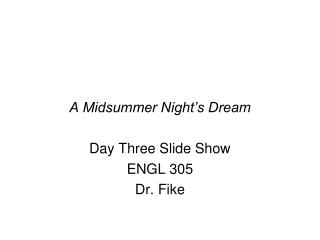 A Midsummer Night’s Dream Day Three Slide Show ENGL 305 Dr. Fike. Outline. Business: Reminder that your paper proposal is due next time. Return to the passages from day two Bottom’s name The play’s title: Whose dream is it? Elizabeth Theseus: Background Speech on the imagination

The Book Thief by Markus Zusak and Night by Elie Wiesel - . background information on world war ii and the holocaust. the

AMAAL FOR NIGHT OF EID - . the first night of shawwal is among the sacred nights, and several hadith have been reported

Starry Starry Night - . by: angie bowen. rotation vs revolution. revolution a complete trip of the earth around the sun.

Mongolian Night Song - . little girl who tends the sheep, brings them to the fold to sleep. little lambs are bouncing by

YALDA NIGHT - . celebration of the longest night. “ yalda ” is a syriac word means birth. this night is dedicated to

GAME NIGHT PREP - . millie convinced me to give you guys something to review so here goes…. test your memory. click on