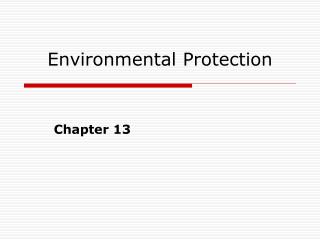 Environmental Protection - . essential idea: biotechnology can be used in the prevention and mitigation of

ENVIRONMENTAL PROTECTION - . men are blind in their own cause. prevention is better than cure. every man is the architect