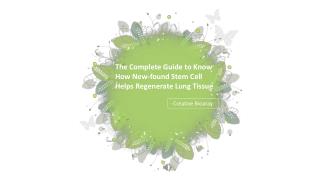 Creative Bioarray is a leading company specialized in cell biology. Stem cells and regenerative medicine is a fast emerging field with rapid strides of progress and focus on human health. We have intelligent experts and perfect platform to ensure our performance in stem cell research. And we get high praise from our customers in quality and delivery time. In the Name of God - Cloning and stem cell research issues: religious viewpoints on value of life the eighth asian