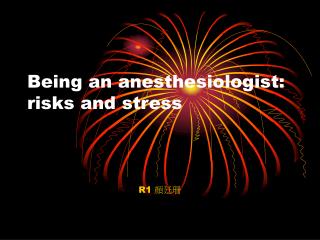 Stress ! - . stress. what is stress? how is stress related to disease? what systems of the body are involved in the

Reverse Stress Testing - . ron papanek. agenda. what is reverse stress testing? why is it important? practitioner

Stress Management - . i/o psychology in my life. free write describe a job in which you were very stressed. what caused

STRESS - . understanding stress . by elliott sewell. opening remarks. follow the slides below and see my powerpoint

Cold Stress - . training objectives. by the end of the session you will: know what cold stress is understand the

Stress Physiology - . stress: stress in physics is any force applied to an object. stress in biology is any change in

Anesthesia Benefits - Anesthesia is the use of medicine to prevent the feeling of pain. types of anesthesia, general