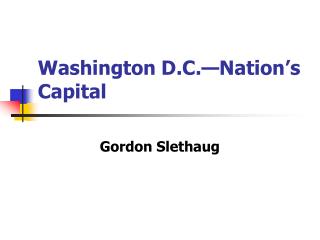 A Green Infrastructure Tour - The Washington Metropolitan Area - - . developed under a grant from the national park

HAPPY TUESDAY!!! - . take out your vocab so i can check it and get ready to start a new unit!! the following people got