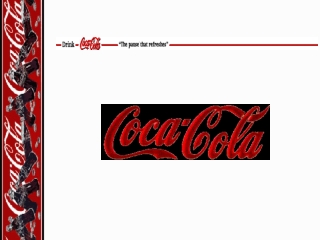 Coca-Cola’s History. Invented in May of 1886 by Dr. John Styth Pemberton First glass sold for 5 cents at Jacob’s Pharmacy in Atlanta May 29, 1886- first newspaper advertisement pronounced it “Delicious and Refreshing”. Coca-Cola’s Development.