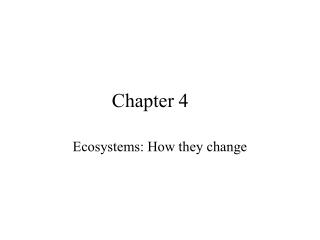 These are limiting factors that increase their resistance the higher the density gets ... 2) Specialization: Koala v. Crow. 3) Genetic variation in the gene ...