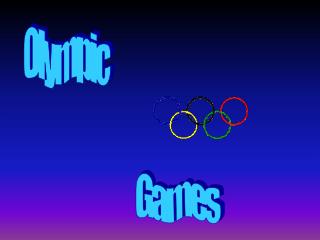 Olympic Games If people participated in the Olympic Games what couldn’t they do? Have a child Go to war Learn to read and write Get married $20,000 What do the five rings stand for? Five Olympic games Five major regions of the world Five blind mice Hercules and his four brothers