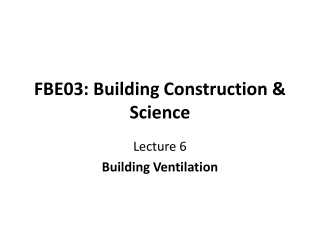 FBE03: Building Construction & Science. Lecture 6 Building Ventilation. Introduction to passive ventilation. Most decisions affecting the energy use of a building happen during schematic design. basic form and siting of a building determines most of its efficiency potential