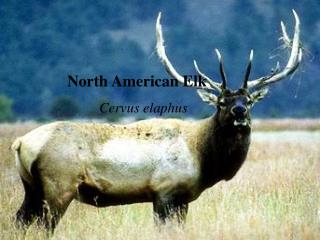 Elk ! - . by: aaron and kyle. elk intro!. did you know elk are the biggest deer in the deer family? the amazing deer

Elk - . dylan osborne. where they live. they roam in the us and in canada. how were they introduced to north america.

North American Territories - . the american colonies and canada. where?. on this map, all the areas in pink control of

North American Societies - . complex societies in the west. the pacific northwest was rich in resources and supported a