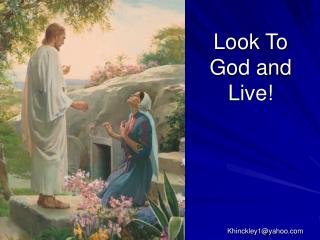 Look To God and Live!. Khinckley1@yahoo.com. Important Moving Tip…. Still Complaining! . 4 And they journeyed from mount Hor by the way of the Red sea, to compass the land of Edom: and the soul of the people was much discouraged because of the way.

DO NOW - . take a blank notecard from the front bookshelf. explain why the following statements are false. if you live in

How can we all live well and live within the means of one planet? This is the research question of the 21 st century.

Digital Storytelling - . use of windows live movie maker to create a digital story. go to start programmes and click on

Peter: Identity crisis Daniel: Identity confirmed Jesus: Identity complete - I have been crucified with christ; and it is

What region did the Pueblo live in? - . what family?. southwest united states in present-day new mexico and arizona.

S ILESIA THE REGION WE LIVE IN - . silesia is divided into the upper and lower one. the region we live in is called the

LIVE IN THE MOMENT ! - . “ the secret of health for both mind and body is not to mourn for the past, not to worry about

Do you know who I am? - . i’m somebody you live with every day. soy alguien con quien convives a diario. somebody who