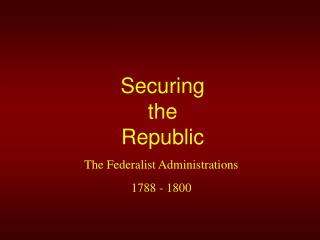 APUSH: Securing the Republic - . weber 217. activator. sign up for the next round of debates. can you answer these