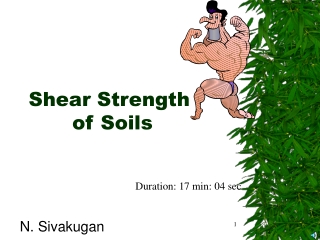 SHEAR STRENGTH - . in general, the shear strength of any material is the load per unit area or pressure that it can

COMPRESSION FIELD THEORY FOR SHEAR STRENGTH IN CONCRETE - . consider a truss under load. the moment is taken by a couple