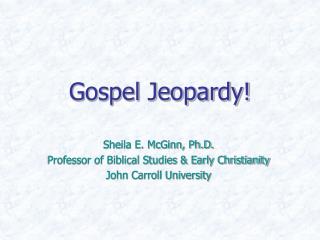 JEOPARDY - Us constitution. jeopardy. contestants. don’t forget. …always phrase your answers in the form of a

Do We Teach Another Gospel? Part i - . lesson notes are available for free by leaving your email address with the speaker