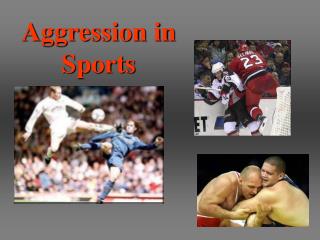 Aggression in Sports. What is the Role of Aggression in Sports?. Intimidation? Getting an edge? Part of the game / part of competition? At what point does it become “too aggressive?”. Definitions. AGGRESSION: a forceful action or procedure, especially when intended to dominate or master

4 Warning Signs of an impending dog bite - While mean and aggressive dogs are seen as obvious attackers, the majority of

Malpeli Revision - . 100 - 199. 100. an example of a medico-legal issue being raised by athletes taking legal performance

What is appeasement? - Why did the policy of appeasement fail to stop the aggression of adolf hitler and benito

Refractory GERD - Introduction. gerd: symptoms or mucosal damage due to abnormal reflux of gastric contents into

Peer Pressure and Refusal Skills - . your friends are trying to persuade you to go to a party, but you aren’t sure