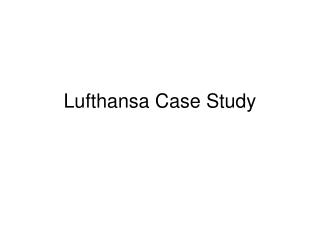 Lufthansa Case Study. Synopsis. Lufthansa, purchased twenty 737 Boeing aircraft in January of 1985 for $500 million. The payment was due in January of 1986 upon delivery of the aircraft from the U.S. manufacturer.