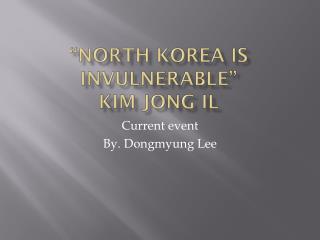 Detained in North Korea - Some of the foreigners who have been detained, and in some cases released, in north

Korea and Its Traditions - . focus question  how are korea’s history and culture linked to those of china and

Joseon (Chosŏn) Korea - . november 28, 2013. review. who was zheng he? who was wang yangming? what was the relationship