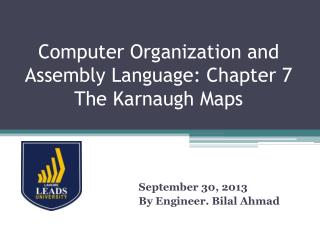 Assembly Language - . procedures. link library overview. a file containing procedures that have been compiled into

Chapter 2 - . the chemical level of organization lecture outline. introduction. since chemicals compose your body and all