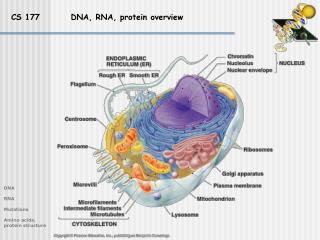 DNA/RNA/Protein Synthesis - . all illustrations in this presentation were obtained from google.com. gri ff ith f for

Review: DNA  RNA  Protein - . in a cell, genetic information flows from dna to rna in the nucleus and rna to

DNA, RNA and Protein - . how the information in dna is used to build a protein. replication (prior to nuclear division).

DNA, RNA, &amp; PROTEIN SYNTHESIS - If you were going to build something, what is the most important item that you