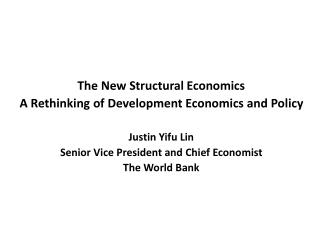 The economics of development - . objectives . the goal of this course is to understand the concept of economic growth and

Economics, Policy, and the Future - . chapter 21. sustainability. people are living longer and are more educated than

Economics of a new business - . how to evaluate a new venture buzzwords you will see this is about math, but few people