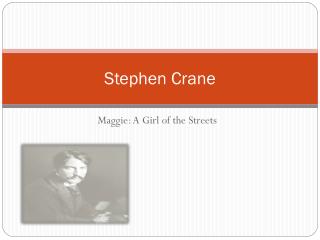 Stephen Crane. Maggie: A Girl of the Streets. Stephen Crane. Born November 1, 1871 in Newark, NJ 14th child of a Methodist minister Started to write stories at the age of eight at 16 he was writing articles for the New York Tribune Toledo I-280 Crane Accident - . february 16, 2004. four workers were killed when a crane collapsed during construction of

“A Mystery of Heroism” - . by stephen crane. biographical information p. 484. how many children were in crane’s

Crane Hire Laois - Our website: http://www.kkeoghcraneservices.ie/ crane hire laois is a relatively new concept in the

Why You Need A Gantry Crane Supplier? - Gantry crane is a long-term investment and the fact that a single wrong choice by