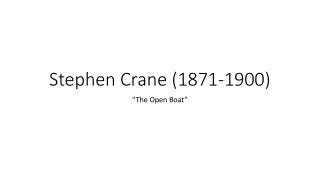 So you think you have it rough? - . a walk through saskatchewan’s history. following the south saskatchewan river