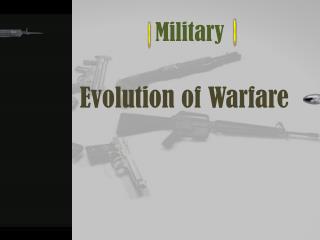 Military. Evolution of Warfare. Military. an organization authorized by its nation to use force, usually including use of weapons, in defending its country (or attacking other countries) by combating actual or perceived threats. . History.