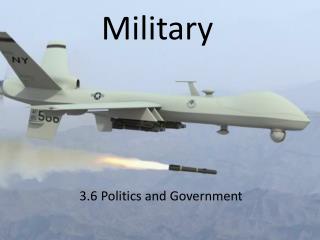 Military. 3.6 Politics and Government. Cyberwarfare. “Actions by a nation-state to penetrate another nation's computers or networks for the purposes of causing damage or disruption .“ Richard A Clarke. Cyberwarfare. Web vandalism Changing websites, deleting information, etc. Propaganda