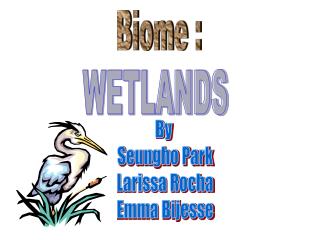 Biomes of the World - . what are biomes?. * a biome is an area that has the same climate (weather) and the same organisms

The Coral Reef Biome - A look at a marine biome © terri street, 2002 what is a coral reef? a structure formed by coral

The Alpine Biome - . by christell , axel, alex , and sammy. table of contents. description of the alpine 3 map of the

Chapter 3: The Biosphere - Ecology-the study of interactions among organisms &amp; between organisms and their

Alpine biome - . the alpine biome is located mostly in the rocky, andes, and himalayan mountain ranges.