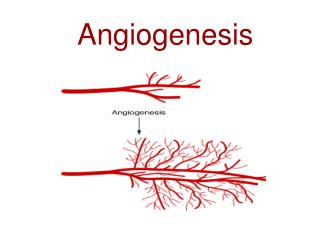 Targeting Tumor Angiogenesis: What Have We Learned So Far? - . lee m. ellis, md departments of cancer biology and

Module 1-b Angiogenesis - . angiogenesis. in order for a tumor to grow beyond 2 mm^3, it must have a steady supply of Utility and use of zebrafish as model for understanding angiogenesis. - Cell signaling, endothelial migration, and

Angiostatin : A Novel Angiogenesis Inhibitor That Mediates the Suppression of Metastases - By a lewis lung carcinoma

Angiogenesis - . the main steps that occur in angiogenesis from preexisting vessels are listed below: 1- vasodilation in