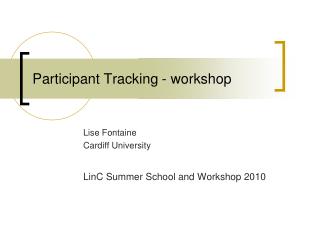 Workshop 1: Participant Expectations - What are your expectations to project participation? discuss with the colleagues

Retention: Feedback to Sites and Participant Tracking Database - . retention feedback to sites. scharp will produce a