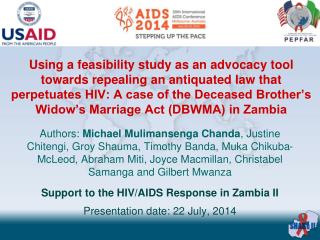 Using a feasibility study as an advocacy tool towards repealing an antiquated law that perpetuates HIV: A case of the Deceased Brother’s Widow’s Marriage Act (DBWMA) in Zambia.