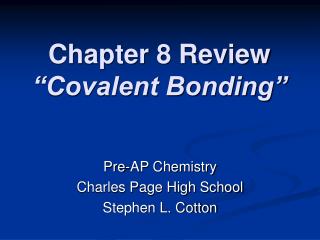 Chemistry Chapter 8 - . covalent bond a bond formed by the sharing of electrons between atoms . molecule a neutral group

Chapter 13 Mutation, DNA Repair,… - . amino acids in polypeptides are joined by what type of bond? a) hydrogen b)

Core build up and Amalgam bonding - . 12 th october. learning outcomes. to know the definition of a core build up. to