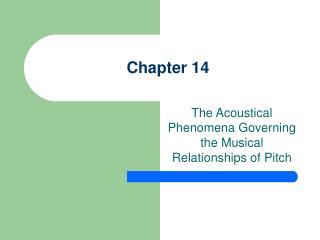 Chapter 14 - . applying and interviewing for employment. learning objectives. submitting your résumé understanding the

Chapter 14 - . safety and security issues. security and safety issues. the importance of a protected environment safety

CHAPTER 14 - . origins of life. spontaneous generation. for much of history, people believed that animals could come from