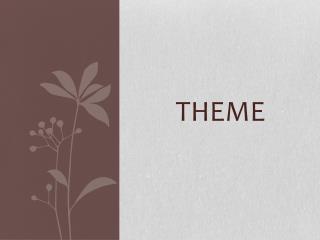 Theme. What is Theme ?. A main idea, moral, or lesson conveyed in a provided text. The message may be about life, society, or human nature. Themes often explore timeless and universal ideas and are almost always implied rather than stated explicitly. THEME IS NOT PLOT!.