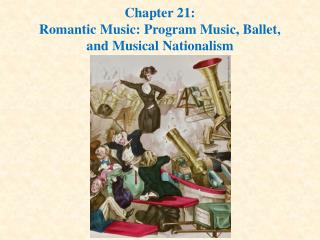 The Nutcracker Suite - . this needs music added. or you can use the youtube links provided. pyotr ilyich tchaikovsky

The Romantic Era - . outline chapter 17. chapter 17: the romantic era outline the concerns of romanticism the

On Teaching Musical Style - . david cope. on teaching musical style. seven thoughts that i feel have been somewhat

Philosophy of Music - . navar amici. philosophy of music is the study of “fundamental questions about the nature of

The Music Man - . objectives. students will be introduced to the musical, the music man , by completing a worksheet as

BALLET HISTORY - . what is ballet?. ballet is a way of telling a story using music and dance instead of words. it

Musical (Music Smart) - Strengths:. -can hear and recognize tones, rhythms and musical patterns -a re sensitive to sounds