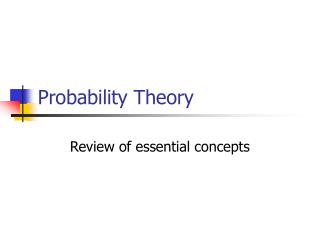 Cultivation Theory - . cultivation theory. developed by george gerbner in the late 1960s, it represented a shift from the

Probability for linguists - . john goldsmith. what is probability theory?. it is the quantitative theory of evidence .