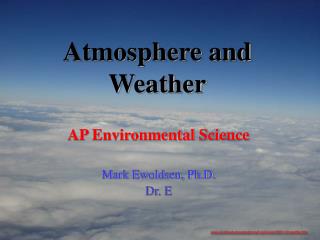 Weather - . more free powerpoints at http://www.worldofteaching.com. what is weather?. refers to the state of the

Weather - . state or condition of all the variables in the atmosphere at a given location for any short period of time.

Weather vs. Climate Atmosphere - . physical science (we are at the home stretch now!). introduction to the atmosphere.

WEATHER - . weather . weather is the condition of atmosphere over a short period of time, all weather phenomena happen in

Influences on Weather - . what is weather?. weather is the state of the atmosphere at a certain time and place. the state

Weather Causes - . by sam n. the sun is the engine that causes the weather. when uneven heating moves air in the

Temperature and the Atmosphere - . without heat there is no weather. the most influential factor effecting weather in the

Observing Weather - . lesson one. what is atmosphere? - the air that surrounds the earth what is weather? - what is

Atmosphere - . what is the atmosphere? earth’s atmosphere (at muh sfeer ) is the covering of gases that surrounds