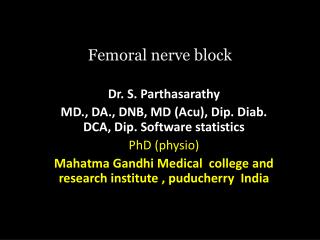 femoral venipuncture - Procedure. place the patient in the supine position clean the skin around the venipuncture site

THE NARCOTIC ANALGESICS Narcotics block the transmission of the nerve signal across nerve gaps, [the minor analgesics

What is the action of this muscle? - . flexion o f forearm. what is this called?. cerebrum. schwann cells. what are

Nerve Entrapment Problems - . where nerve passes through awkward place between tendons over bone under ligaments