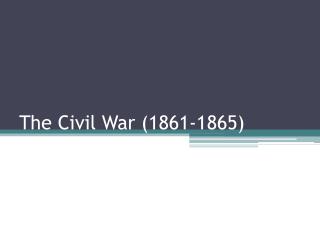 The Civil War (1861-1865). Your Opinion. The issue: Do the Southern states have the right to withdraw from the Union if they decide that being a part of it is no longer in their best interests? Or would secession and the formation of the Confederate States of America constitute a rebellion?