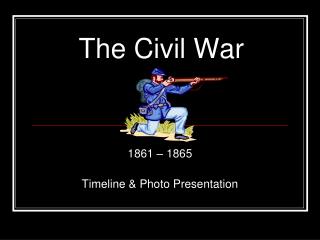 Civil Wars - . plsc 370 lecture 9. why study civil wars?. civil wars are widespread 70% of wars since wwii have been

Chapter 6 Civil War and Reconstruction - . #2 the civil war. essential question : what factors led to the outbreak of the

Civil War - . essential questions/ topics: what were the underlying and immediate causes of the civil war? contrast the

How did the Civil War affect the US and its people? - . the civil war was one of the most important events in us history.

CAUSES OF THE CIVIL WAR: A SUMMARY - . the civil war officially began with the bombardment of fort sumter by the

Civil Rights Movement - May 6, 2014 aim: how did the civil rights movement gain social and political momentum from

Sneetches - . the civil rights struggle. a very short history. despite the emancipation proclamation, black people are

CIVIL RIGHTS - . what do you need to know about civil rights?. understand the purpose of protecting civil rights and