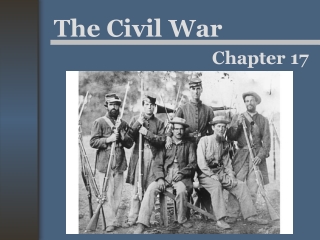 The Civil War. Chapter 17. The Road to War. Secession seemed the only alternative left to protect southern equality and liberty. South Carolina seceded on December 20, 1860. The rest of the Deep South followed and formed the Confederate States of America on February 7, 1861.