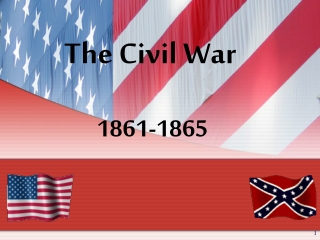 The Civil War. 1861-1865. The Border States. By February 1861, seven states had left the Union and formed the Confederacy. After Ft. Sumter, four other states joined them. The capital of the Confederacy was Richmond, VA , located just 100 miles from the Union capital of Washington, D.C .