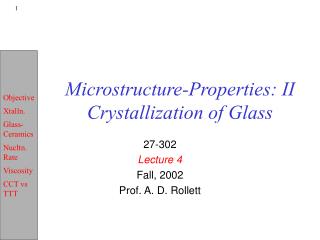 Crystallization - . crystallization. process of producing crystals from a homogeneous phase which is obtained from a

Detail About Soldering Station - If you are interested to get the magnifying glass with light - rhino tools, then you can

Raise Your Glass - . michelle nesmith. closer to fine. rex livingston. love will keep us together. theresa