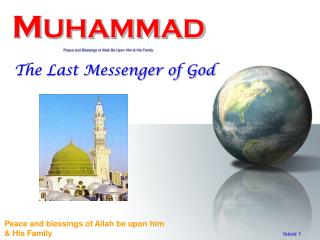 M UHAMMAD Peace and Blessings of Allah Be Upon Him & His Family. The Last Messenger of God. A warm welcome to you!. To help you get a glimpse of the noble Messenger of Allah and benefit through his model personality practical teachings exemplary life and

Prayers for Muhammad Ali - People pay their respects to muhammad ali during the jenazah prayer, an islamic funeral

CHAPTER 15 THE FAMILY - . learning objectives. how is the family viewed by the family systems theory? how do individual

Family Health - . assessment of families . family functioning is those behaviors or activities by family members that

The World Peace Blessing - . u p f. the world peace blessing. the significance of marriage and family for world peace in