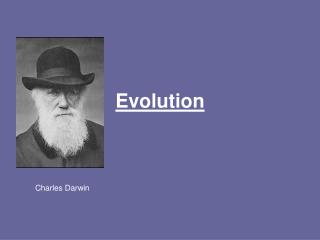 Evolution. Charles Darwin. 1700’s- Natural Theology dominated the time which said adaptations of organisms was evidence that the “creator” had designed every species (specifically created) for a particular purpose for a particular environment.